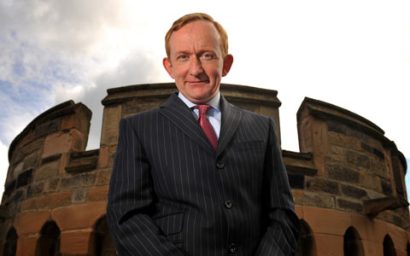 The impact of the global recession has hit VisitScotland’s Framework for Change ambitions hard.  Even with the injection of energy from Homecoming Scotland our tourism economy has failed to grow at the rate demanded in this economic vision.  So, the additional £5m that Mike Cantlay announced for ‘guerilla marketing’ this summer and autumn has to be welcomed. It looks like a clear demonstration of logic, and we don’t always say that when we are critiquing public sector initiatives.

The logic is blindingly obvious.  The pound is weak, making the UK a cheap destination; so let’s increase our marketing in Europe.  What’s more, there’s a ruddy great cloud of volcanic ash hanging over us that’s making most people terrified to book flights to Europe (me included); so tempt people to stay at home – Cantlay claims 40% of us have never holidayed in Scotland.

I’m impressed with Cantlay’s decisiveness and ambition. Really impressed. He’s acting like an entrepreneur and spotting opportunity – not prevaricating about the bush as the opportunity drifts away like ash on the wind.  (Obviously though, Malcolm Roughhead and his team will be the real architects of the plan.)

He claims the £5m additional spend is but a pebble, but pebbles create ripples.  And his willingness to take a risk and very publicly throw that pebble into the pool surely has to be applauded.

Sure, you can debate whether the money is being spent in the right way, but that’s a question of tactics that I do not have the right to interrogate.  What I admire is the boldness of strategy and a willingness to put VisitScotland into the firing line, although I suspect it will turn out to be the line to receive plaudits some time hence.

He points to Obama’s effective investment in tourism marketing in the US believing that this will have a similar effect.  Will it?  Only time will tell, but for sure this is a very public and welcome act of aggressive marketing at a time when “cut” is the loudest word in most public sector boardrooms.  I hope it cleans up at the awards this time next year.

This ad has come in for a lot of “talk” of late.

On three levels I love it.

1.  I am a big fan of Fyfe Dangerfield and he caresses this song by Billy Joel, so much so that it might go number one and bring his massive talent to a wider audience.

2. Once in a while an ad just nails it.  It is soooo John Lewis.  Sooo on brand.  Soooo middle Class.  But Soooo good.  I really do understand why people are breaking down watching it because it does “the seven stagesof life” like nobody I can remember.

3.  The director is Scots born and bred and used to work at The Leith Agency (Dougal Wilson)

Absolute hats off to Adam and Eve.  And of course, to Craig Inglis, the client who had the balls to buy it.  Much respect.

This does spoil it a little.