I had the not inconsiderable pleasure of spending Thursday evening meeting, introducing and then listening to Dave Trott present at Robbie Smith’s studio in Leith in my role as Head of Client Services at STV.  Thereafter we had a beer or three in the Cafe Royal.

Since then I have been inundated with messages of thanks proclaiming him the best speaker people have ever heard.

Because although ostensibly this was a talk to creatives about creativity it was, in actual fact, a potted guide to strategy development (which is, of course, at the heart of all creativity).

In his speech he poo pooed the notion that creativity starts with impact.  Because vacuous impact creates no effect other than fueling the egos of lesser art directors.  No; creativity starts with persuasion, by identifying what he often referred to as the, usually disregarded these days, USP, then working through communication (ie the content of the message) before gilding the idea with impact.

Created in this order ads of any kind (and any medium – digital or otherwise) have the ability to “go viral”.

It was all done with a deep and committed single mindedness and lightness of touch that was jaw dropping in its simplicity, but eye opening in its possibility.

Dave Trott. You are a genius  Just like Cloughie!

And then to top it all off Doug Cook sent me this astounding picture. 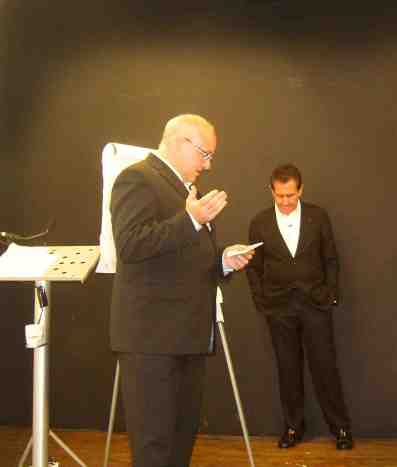 I am on the East Coast train to York and then Leeds for a lunchtime meeting and the sky to my left is unfolding endlessly like a Turner oil painting. Needless to say my camera is back in Edinburgh so you’ll have to trust me on that one. Suffice to say it is stunning.

There was an error retrieving images from Instagram. An attempt will be remade in a few minutes.