I was a guest at the inaugural Nods Awards last year and was impressed by its enthusiastic rejection of the usual awards puffery.

This all made the event refreshing, more so when the judges are revealed as global giants, the Chair is a Global Giant herself (MT Rainey) and the organisers are Lux Events and CRAK Marketing, two small businesses wanting to put something back.

Many in our industry have bemoaned media owners using Awards as money-spinning bun fights and whilst I don’t wholly subscribe to that point of view there is no doubt this represents a refreshing change.

So year two now approaches, this time the awards ceremony will swap to Edinburgh and the ethos will be identical, although all of the people and organisations categories have been opened up for FREE entry.  This makes sense as people feel awkward paying to enter themselves for an award.  Instead it will be a Nod of recognition to those that deserve it.

Also we have introduced a craft category – a chance for photographers, illustrators, animators, musicians, film makers to enter for themselves – or for makers in agencies to have a bit of a spotlight shone on them.

I hope the industry will support the awards like they did last year.  It’s a shop window for the winners both to clients and to prospective staff and the awards themselves are keenly priced.

You can find out more here.

But, please note, the deadline for entries is 23rd November.  So get your skates on.

Is Papyrus as bad as Comic Sans?

Ryan Gosling – “Papyrus” from joel boettcher on Vimeo.
(From an article Jan Fleischauer in Der Speigel)

The United Kingdom is currently demonstrating how a country can make a fool of itself before the eyes of the entire world. What was once the most powerful empire on earth is now a country that can’t even find its way to the door without tripping over its own feet.

By David of Chicago for Burger King.  Absolute simplicity and extraordinarily brave advertising.  The award should go to the client, not just the agency. 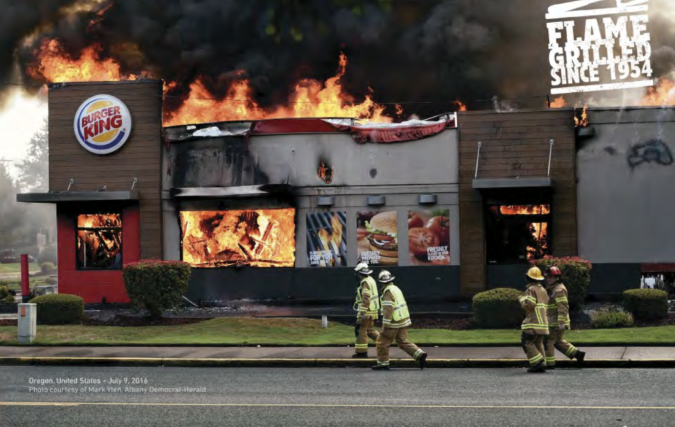